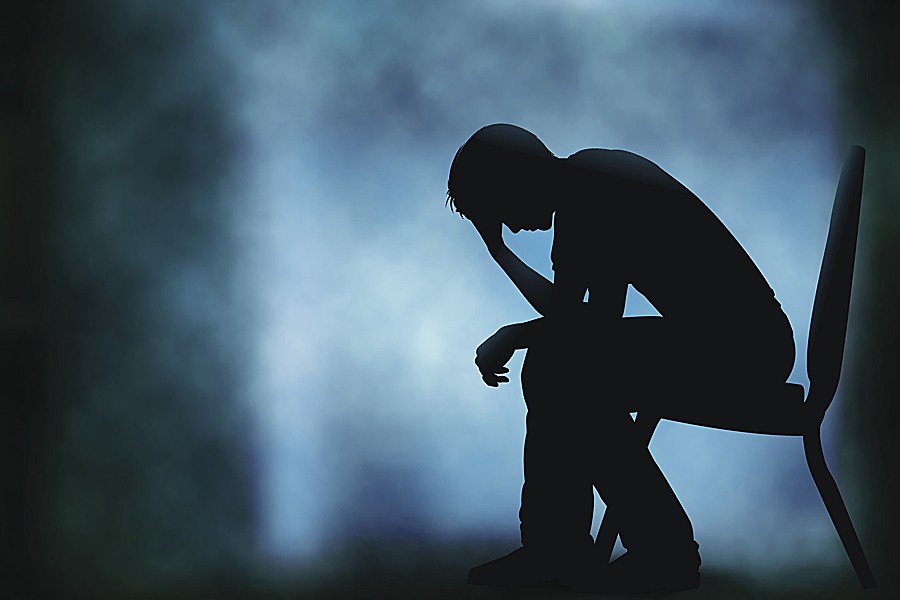 Perhaps you’ve heard that depression is “anger turned inward.” While that may be true for many women, for men it’s more likely that “anger is depression turned outward,” says Holly Barlow Sweet, Ph.D., who runs the Cambridge Center for Gender Relations and is the editor of Gender in the Therapy Hour: Voices of Female Clinicians Working With Men. Men who are depressed may not often look like our stereotypes of depression, adds Sam V. Cochran, Ph.D. Director of University of Iowa’s University Counseling Service. Could you be depressed and not know it? It’s time to learn how men do depression:

The Mask of Anger

Both doctors agree that anger is a very common mask for men. “Men tend to be a little more externalized with their distress,” said Dr. Cochrane. “Interpersonal conflicts, fighting—you don’t associate that kind of thing with depression.” Says Dr. Sweet, “Where a woman may present with ‘I’m feeling worthless and hopeless,’ a man may just be angry and irritable.”

It may appear to be the mirror opposite of anger, but withdrawal is another warning sign of depression. During times of emotional distress, says Dr. Cochran, “We men tend to insulate ourselves from emotion, to become irritable or withdrawn from personal relationships.” As with women, this could include loss of interest in typically enjoyable activities, or self-medication through drugs and alcohol. Immersing yourself in work is another typically male form of withdrawal, he says. Dr. Sweet identifies two self-obsessions that she believes are almost exclusively men-only: “I am convinced that a lot of depressed men end up doing video games, or pornography.”

While women are more likely to voice their thoughts of suicide, if a man reaches that point, chances are he is very close to the edge. “If a man presents the suicidality, I take it a lot more seriously than I do with a woman,” says Dr. Sweet. “That’s not to say that I don’t take it seriously in a woman, but a man is way more likely to act on it. The statistics are that three times as many women attempt it, but three times as many men as women actually do it. Men may not talk about it as much, and then one way they do it is they just jump in front of a train — very male, the impulsive jumping thing.”

Rather than admit that they are depressed, many men will instead complain of common physical symptoms such as aches and pains, back problems, or chronic fatigue. “I think primary care physicians need to be aware of this,” said Dr. Sweet, because this tendency means that a depressed man is more likely to have contact with a physician than with a psychologist. “You can do a battery of tests — check testosterone levels, blood count and make sure you’re not anemic and they don’t have thyroid problems,” she says. If these tests come up negative at the doctor’s office, that may be an important first step in accepting the possibility that it’s time to start therapy, she says.

Men often resist the idea that they may be depressed. A long history of social conditioning reinforce this, including the association of depression with weakness. The medical establishment may even aid and abet denial. “There are studies with men and women presenting the same symptoms,” says Dr. Sweet. “Jane shows them, and the doctor has sympathy for Jane, and suggests she should see a psychotherapist. With John, he’s more likely to say, ‘What’s wrong with him?’ or ‘Buck up.’”

While men may do depression differently, they respond as successfully as women to the right treatment. “You really have to be alert, and you really have to help the guy buy into the idea that it’s depression,” says Dr. Sweet. Men often resist taking medication, as well, she says. “Often men won’t do it because they think it means they’re weak. I’ve had much more resistance from my male clients than my female clients to taking medication, which in the case of depression is pretty important—along with therapy, of course.”

Spring Allergies: 7 Ways To Get Your Family Ready
Could a Pacifier Save Your Baby’s Life?
To Top