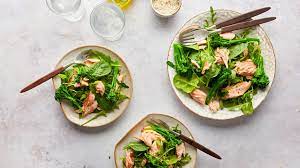 According to the American Psychological Association, approximately seven in 10 Americans report that they experience stress-related symptoms, including irritability or anger, fatigue, feeling overwhelmed, and changes in sleeping habits. High and constant stress levels can negatively impact your health, but the good news is that by making a few changes to your diet you’ll be able to cope with it better. Here are 5 things you can ingest to help you combat stress:

Both teas are rich in the amino acid theanine which has been found to increase neurotransmitters GABA and Dopamine in the brain that exert a calming effect. Studies also suggest that when theanine is combined with natural occurring caffeine in tea, there is an increased sense of alertness and attention.

Chewing relieves stress by acting as a coping mechanism, according to a Peking University study. Participants were subjected to loud noises and those that were chewing gum reported being less stressed about it than non-gum chewers. MRI scans showed that the region of the brain that reacts to stress was far less active in gum chewers compared to the non-gum chewers.

This meal is rich in b-vitamins which are important for energy production. They support the neurotransmission system of the brain that promotes development of nerve cells and diminishes depression and anxiety. Low levels of b-vitamins have been associated with restless nerves, irritability, heart palpitations and fatigue.

Magnesium-rich foods like spinach (Popeye was on to something!), pumpkin seeds, and soybeans have been found to be instrumental in keeping the effects of both physical and emotional stress at bay. Low magnesium status has been associated with higher cortisol and stress levels, hyperactive traits and depression.

7 Foods Your Pet Should Never Eat
Food Allergies: How to Be Smart & Safe
To Top