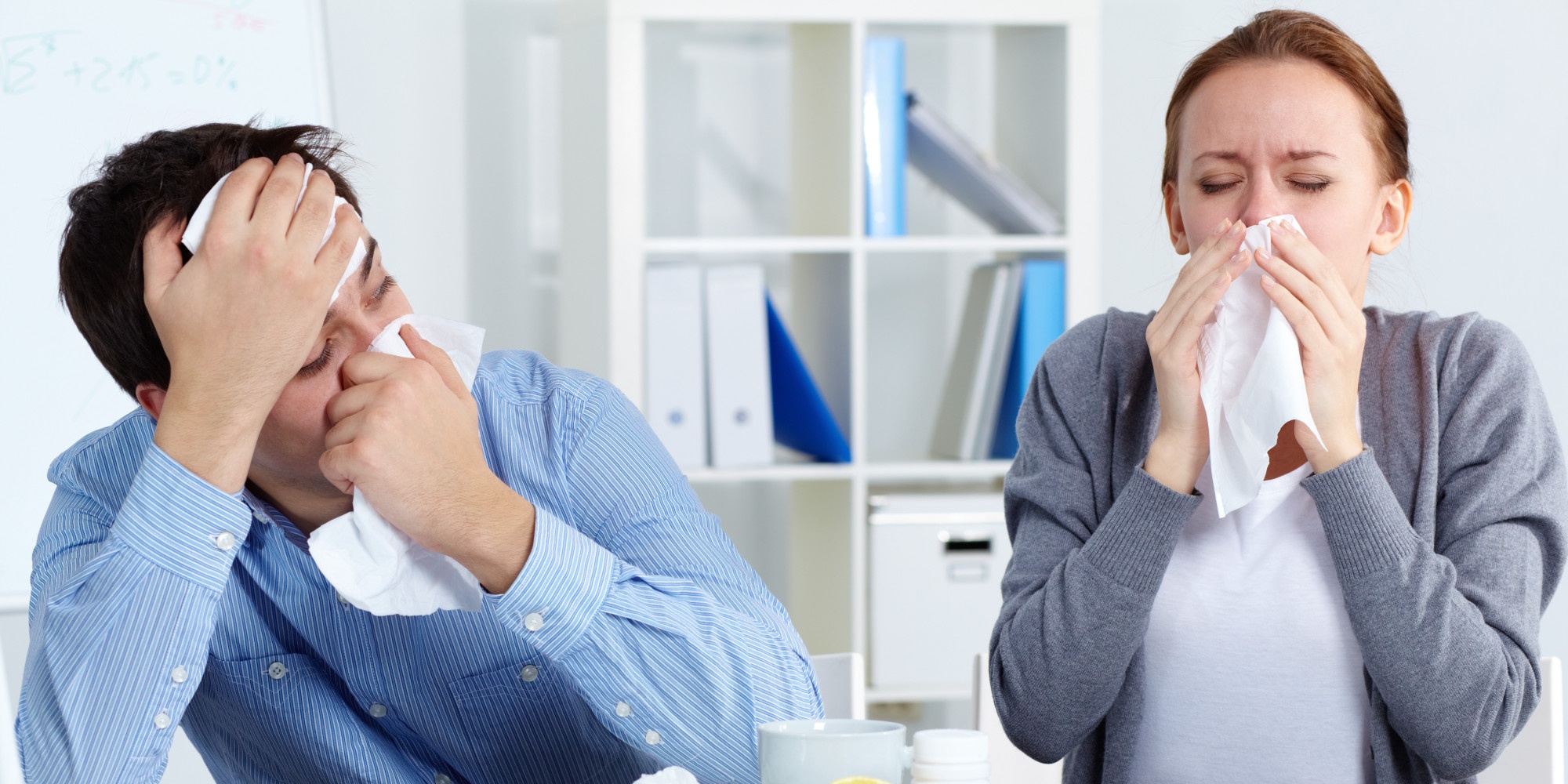 We look at the disease with our own eyes, how to protect ourselves and how to kill germs. But wait here, do we know what are the intentions of these germs? It is said that to defeat the enemy, it is necessary to understand it. So, let’s take a new look at diseases from the point of view of infectious germs. What do they get by upsetting our stomach or growing pimples on the body? And why do they kill us? Germs that kill their hosts will die, so why do they do that?

They Just Want to Multiply

Germs are tiny microscopic organisms capable of inducing disease in human beings and other animals. Single-celled bacteria, the collection of genetic material which only lives inside a host known as a virus https://www.genome.gov/genetics-glossary/Virus and cluster or thread-like Eukaryotes called Fungi are all different categories of germs. They like any other species want to increase their numbers and it’s not as simple as it often seems. They too have arrived today after billions of years of evolution. According to germs, this is their victory if a patient makes as many people sick as possible. This means that keeping the patient ill for a longer period without killing him and transmitting the disease to as many people as possible is their victory. For this, they have found various ways in which they can be transmitted from human to human and to other animals.

Symptoms of Illness as Their Milestones to Success

The “symptoms” of our illness are, in fact, the trick of their success. The least laborious way is to wait. These strategies are adopted by germs that wait to be eaten by another after the death of their host. This is what Salmonella bacteria do. If the meat is not cooked properly, it reaches the eater. It is also spread by fish among sushi-eating Japanese. Some germs don’t wait that long. They take their rides from the host bites through its saliva. These riding insects can be mosquitoes, fleas, flies, etc. They spread malaria, plague, typhus, etc. Some germs make another dirty move and pass from mother to child. They spread diseases such as syphilis, rubella and AIDS.

Germs can bring changes in the anotomay of the host

Some germs take matters into their own hands and make changes to their host’s anatomy. Chickenpox is one of the common causes. Then the journey begins. There are germs such as flu, cold, and whooping cough, they force their host to cough or sneeze. Every sneeze carries a lot of germs that can be a guest of someone else. The cholera bacterium causes diarrhoea in its host for the same purpose.

From our point of view, boils, diarrhoea, coughs and sneezes are the symptoms of the disease, while from the point of view of germs, it is a strategy to be broadcast. Such germs have an interest in making us sick. But then why do some germs kill us? They get nothing out of it. From a germ point of view, this is a tragic event that happens unintentionally. If he has spread himself, then the death of the host is not a big failure.

Human Immune Response Against Germs: A Reason Why We Get Sick

Now if we come back to our point of view, our own selfish goal is to stay alive and healthy and killing germs is a good way to do that. One of the body’s responses to infection is fever. Fever is not a symptom of disease, it is a tactic of our defence system which wants to kill them by “cooking”. The regulation of body temperature is under genetic control. If the temperature is too high, there is no good environment for germs to grow.

Another tactic is to activate the immune system. Whenever any pathogen enters the body, the body begins to make antibodies which are natural soldiers. Pathogens are disease-causing mostly in the form of viruses, bacteria or fungi. Antibodies are produced in response to pathogens’ subparts i.e. antigens. Every antibody is trained to attack a specific antigen. Sometimes, the human immune system mistakenly started attacking the body’s own cells. This is called auto-immune disease. While most of the time, the body show hypersensitivity to everything even it considers harmless substances as pathogens and starts producing antibodies. This form of reaction is seen in allergy to dust particles and pollen grains, etc.

Coming back to germs, antibodies attack the antigens along with the whole immune system and try to stop the disease. One particular antibody only attacks the specific antigen and does not try to destroy any other antigen.

Once the disease is cured, the body develops immunity against it which means that protein receptors on immunity cells memorize the antigens and the mechanism of fighting them. Whenever the same antigen enters the body again, antibodies respond more promptly. Examples include the fight against measles, mumps, whooping cough, rubella, and the smallpox virus.

Vaccine jabs contain weakened, inactive or partially dead germs of the particular disease. Most of the time, vaccines have the blueprint of the germs of the particular disease rather than the actual pathogens themselves. When a person gets the vaccination, their immune system becomes active and show mild signs of illness like low-grade fever or body ache which, in some cases, shows that the vaccine is working. This is because the pathogen’s blueprint starts activation of the immune system just like the actual disease but does not cause the disease itself.

Most of the time, people need to repeat vaccination of the particular disease because either the human body’s response slows down with the passage of time or the germs change their genetic makeup.

Mutation or Development of Genetic Resistance in Germs

The mutation is the change in the DNA sequence. Some clever germs have learned the technique of changing their molecular fragments. These are the antigens that the antibodies in our body recognize. The changing forms of the flu are an example of this and that is why the flu vaccine has new and updated forms all the time. Children and elderly people are advised to get flu shots in September to prevent the onset of flu in winters. During COVID 19 Pandemic, most of the doctors has advised infant, toddlers and senior citizens to get done with flu vaccination as repeated cough & flu weakens the immune system and increase susceptibility to COVID 19 infection.

Malaria germs can also mutate while the most cunning are the AIDS germs, which, while inside a patient, develop new antigens that weaken the host’s immune system. Some people are genetically immune to every disease. Such people are more likely to survive an epidemic.

Some diseases spread only when there is a dense population. They spread easily in big cities and their history is not old. Smallpox from 1600 BC, measles from 400 BC, leprosy from 200 BC, epidemic polio from 1840, AIDS from 1959. The deadliest diseases in history have been transmitted to humans by animals. For example, tuberculosis and smallpox came from cattle to humans.

Measles from Runderpest, flu from ducks and pigs, whooping cough from dogs, falciparum malaria from chickens. Owing to AIDS from monkeys. What is the reason for this? The smallpox virus, which lives in cows, is not fatal to cows, but enters humans and kills them “by mistake.” However, the patient should not have died early to spread the germs.

Today, North America is the largest English-speaking region in the world. But the language did not start here. It was spoken only on a small island in Europe. The germs have played a major role in the development of language here. In the overthrow of the feudal system in Europe, germs play a vital role because they start the beginning of democracy thus making world history. Outbreaks of smallpox, plague, measles, cholera, and other epidemics continue to plague large parts of the population throughout history. The political map is turning. Malaria and the flu have had a profound effect on the world’s economic and political history. Part of these insidious and despicable germs is not insignificant in the history of the world. Although their purpose is simple. They just want to spread the word. We just use it for that.

The result is that over a long time, the human population faced exposure to a disease-causing bacterium and then develops genetic resistance to that disease. For example, the population of areas with such pathogens contract infection with these local pathogens and can compete better. One such example of genetic defence is the sickle cell gene that protects black Africans from malaria. The fight between germs and their hosts continues.

Benefits Of Time Management
Types of Genetic Testing
To Top