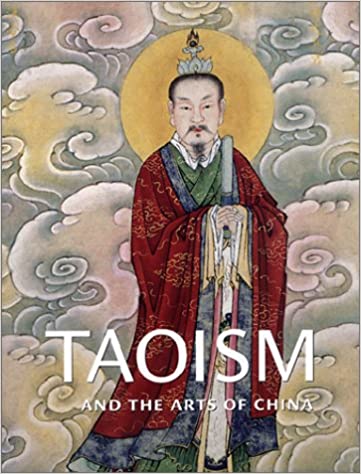 What exactly is Taoism? Taoism, which in Chinese roughly translates to the way, is an ancient and mysterious religion or philosophy. It is based on the teachings of Lao Tzu and other wise men from ancient China. Taoists believe that the universe was created by Tao. A single divine force in nature and that human beings can find peace and happiness through living in harmony with it and themselves. The practices of Taoism may seem foreign or even strange to outsiders. But its underlying wisdom of balancing work and life and loving others like yourself are timeless concepts that have stood the test of time.

Taoism is a philosophical and religious tradition based on teachings attributed to Laozi, a Chinese philosopher who lived in the 6th century BCE. Many aspects of Taoist philosophy resemble some of those found in other ancient Eastern philosophies such as Buddhism and Hinduism. Most importantly, however, it emphasizes living one’s life fully and joyfully without regrets through embracing change as a natural part of existence and pursuing balance with others. These beliefs were first formalized in written form during China’s Warring States period between 475-221 BCE. Known as Dao De Jing (The Way or Path). Its focus on a harmonious existence with nature has greatly influenced Chinese culture. It emphasizes particularly Chinese art, poetry, dance, martial arts, and even business management practices.

One of Taoism’s main principles, yin and yang describe how every aspect of our world has an opposing counterpart. This concept applies to much more than just good and bad. It also includes female and male, young and old, light and dark, hot and cold, etc. The goal of Taoists is to achieve a balance between these opposites through a practice called Wu Wei. This means acting in harmony with nature instead of attempting to fight against it. Letting things happen instead of forcing them. Although there are several types of teachings within Taoism (including alchemy), they all align with these general principles in some way or another.

Does Taoism have a god?

One of the core tenets of Taoism is that it has no particular deity. There is no religious dogma and no interest in an afterlife. However, there are a number of gods in traditional Chinese mythology. All of these play important roles in various sects. Even if they aren’t viewed as deities by followers of other religions.

A good example is The Jade Emperor (Yu Huang). It represents perfect virtue and was believed to have control over natural disasters. He’s also known as Tai Yi, Tai-kung, and Tian Zun. Another deity popularly linked with Lao Tzu’s writings on Taoism is Pangu. He was said to have created humanity out of his own body substance. In other words, he was all by himself for 18,000 years until everything else came into being from him.

A brief history of Taoism

Although only vaguely understood by most Westerners, Taoism has existed for thousands of years. And has undergone many changes since its origins in ancient China. In that time, its basic tenants have changed little. The universe (Tao) is essentially a force that governs all things, including human nature. It’s a force that can’t be controlled or understood. But instead sought after through a series of dynamic balance principles like Yin and Yang. Lao Tzu was one of its founding fathers, giving birth to Tao Te Ching. Another important figure was Chuang Tzu. He proposed naturalness as an alternative to a civilized society with strict laws and regulations.

What is Taoist cosmology?

Like many religions, Taoism includes elements of cosmology. While Westerners think of heaven and hell as very separate places. Chinese people consider them to be just part of a larger whole. In fact, Chinese Heaven and Hell are like two sides of one coin. Each influences the other and affects what happens in life. On earth, we’re in between—our actions help determine which side we land on after death. To stay out of hell, you must live an ethical life. You should help others when you can. Don’t waste resources or time on frivolous pursuits. And follow your personal destiny as closely as possible. If you do these things (and more), then heaven awaits.

It is yin-yang symbol and Tai Chi. While it might not be immediately obvious, Taoism has contributed immensely to Chinese culture and philosophy. Many of its symbols are central to Confucian thought. Take Tai Chi, for example; while it’s generally associated with physical fitness today, its origins can be traced back to Eastern martial arts known as taijiquan, which were popularized by early Taoist monks as a means of self-defense (and meditation).

The yin-yang symbol is ubiquitous in Asian design elements. It also figures prominently in Feng Shui and other rituals (like feng shui), because it contains representations of both Earth and heaven—the cosmic balance that many practitioners seek.

Practitioners of Taoism are encouraged to engage in certain rituals and routines. One such ritual is that of bowing three times every morning, which symbolizes doing away with all external desires and facing your own inner being. Another ritual involves sitting quietly for 10-20 minutes each day, tuning out from one’s immediate surroundings by focusing on breathing or a candle flame or meditating on a single phrase like I am full of potential. Practitioners also abstain from meat, alcohol, and overindulgence. During important festivals (e.g., Chinese New Year), participants often make offerings to their ancestors and participate in various ceremonies such as paying homage to spirits at temples, burning incense sticks, and praying before shrines.

Around 259 BCE, a man named Lao-tzu wrote The Way of Life, also known as Dao De Jing or Dao De Ching. This was one of many treatises written about then-current and ancient philosophy that would become a part of Taoism. However, Lao-tzu’s perspective differed from others in that he did not advocate a particular political structure to align with his philosophy. While other philosophers stressed either hierarchical government (Confucianists) or total anarchy (Legalists), Lao-tzu believed that men should simply abide by their true nature rather than follow other men’s codes of conduct.

Relation of Taoism with other religions:

In China, Taoist ideas have been compared to those in other religions and philosophies, such as Buddhism, Confucianism, and ancient Chinese naturalistic traditions. Like these schools of thought, Taoism has also influenced movements in areas such as politics (for example Ch’in Shih Huang-ti banned certain texts), art (neo-Taoist painting inspired by Chan Buddhism), and literature (Lu Xun’s works are indebted to Lao Tzu’s thought). More recently some tenets of Taoism have been absorbed into forms of business management. Concepts such as less are more overlap with some interpretations of Lao Tzu’s teachings.

The term Tao originates from ancient China and refers to two distinct concepts. The first concept, Tao, denotes a philosophical or religious system that attempts to describe nature as a whole and can be translated as the way. The second concept, Dao, denotes a specific philosophical or religious system, also from ancient China. It can be translated as the way of nature or as the natural order of things. The use of these terms in modern English depends on context and translation. This often causes confusion but does not detract from what makes Taoism such an important part of Chinese culture.

Parasocial Relationships
What is Platonism?
To Top