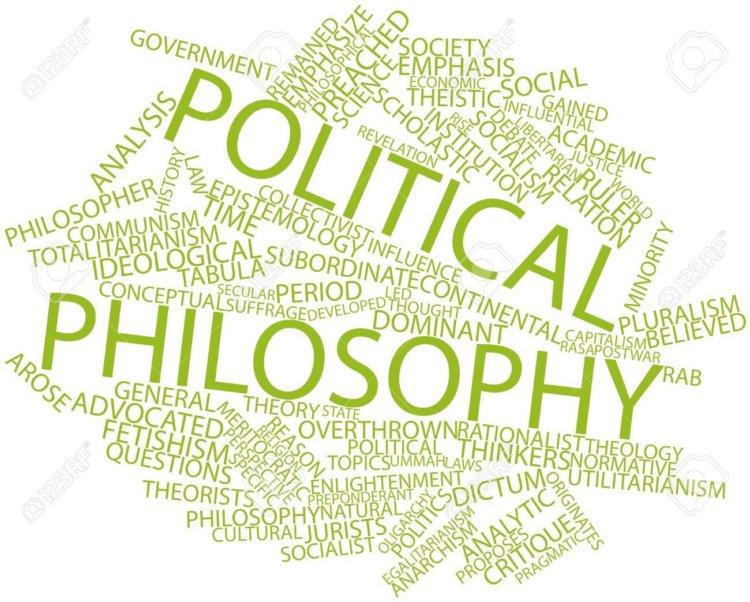 To understand what political philosophy is and why it matters. You first need to understand how human societies work and the creation of the political system. Political philosophy seeks to answer the questions of where governments come from, who gets to make decisions, and the relationship between citizens and their government—just to name a few of the big ones. It’s based on all kinds of concepts in history, psychology, sociology, economics, theology, and much more. It’s really an interdisciplinary field. We can apply it to every kind of society, no matter how old or new it is.

Different thinkers give different accounts of how political philosophy starts. But all political philosophers agree that ancient Greece and its surrounding areas are where it first began. The earliest Western political philosophies had their roots in mainland Greece and in city-states like Athens. Though they had a strong influence on one another as well. The first philosophers whose writings survived—Herodotus, Thucydides, Xenophon, Plato, and Aristotle—all worked around Athens. It’s also worth noting that many people consider Plato and Aristotle to be just as many philosophers. As they are historians or scientists, historians generally do not think of them as historically accurate sources.

It’s important to know what differentiates political philosophy from politics. Though often used interchangeably, there are some subtle differences. While both are political in nature, one deals with how we should implement politics (for example, ideally). And one is about how it actually plays out in reality. It includes things like lobbying, campaign financing, and bureaucratic red tape).

The concept of government itself can also come into play when discussing these two topics. Particularly when addressing whether we have a democratic system or not. In general, though, political philosophers think about ideal systems while politicians focus on practical concerns.

The most famous schools of political philosophy today are Liberalism, Conservatism, Libertarianism, Socialism, and Communism. They are at odds with each other on everything from personal rights to property ownership to government control. Often these philosophies are like a spectrum. For example, conservatism tends to be more liberal than socialism which in turn can tend towards communism in terms of control over industry and business as well as personal freedoms. Although these schools of thought hold differences between them they all agree that any form of dictatorship or despotism should not exist.

What Kinds of Questions Do Political Philosophers Ask?

Philosophers take interest in examining ethical questions of how we should behave and what our duties are to each other. For example, philosophers can ask: Is stealing always wrong? What do we owe to others who are in need? How should we treat foreigners (if at all)? And so on. Political philosophers put these same questions but then focus on questions about government and society.

For example, some political philosophers ask: Is monarchy (rule by a king or queen) better than democracy (rule by elected officials)? Are there ever just reasons for going to war against another country or even against your own countrymen? Should certain groups be discriminated against based on their religion or race? These are only a few examples of philosophical problems that you can imagine a political philosopher might consider.

The development of Islamic political thought began with the coming of Muhammad in Arabia and ended with a constitutional government established by Mustafa Kemal Atatürk. There were many factors that lead to political evolution. There are many different levels or layers from one to another and all influence each other.

With all these levels or layers, we have to understand that not all ideas will work in every situation because it depends on human beings’ personality, situation, history, and education. But what should always be taken into consideration is human dignity and justice. Without these two principles, nothing can succeed in any society, but if there are other principles other than justice and respect for human rights then in the future those societies will not have peace.

Contemporary political philosophy is a relatively recent practice that analyzes and develops ideas relating to politics. Political philosophers are concerned with notions of freedom, equality, rights, law, justice, sovereignty, and government. These issues are raised in other branches of philosophy: normative ethics studies what we should do; epistemology studies how we know what we claim to know; logic concerns itself with patterns of reasoning; metaphysical concerns examine fundamental assumptions about reality. Modern political philosophies are important because they influence today’s world and have done so since their inception.

Plato and Aristotle are considered two of the most influential Western political philosophers. Each examined different aspects of politics—Aristotle’s contributions focused on political theory, while Plato was more interested in ethical and epistemological approaches to understanding society. From these two philosophers emerged many of our modern concepts about government, justice, liberty, and rights. (It’s also worth mentioning that Plato wrote a utopian novel based on his theories called The Republic).

Thinkers such as Thomas Hobbes were influenced by both Aristotle and Plato; after all, they’re two of history’s most important thinkers! Later philosophers would build on Aristotle’s ideas (and sometimes attack them), including John Locke whose Second Treatise on Government further developed notions of individual rights against government control.

What is the best political philosophy?

The question of which political philosophy would be best to follow is an interesting one, but it’s not easily answered. There are so many different philosophies, and what works in one society might not work in another. If you’re asking yourself what’s a good political philosophy? Remember that being conservative or liberal doesn’t necessarily mean you have a bad or incomplete understanding of politics.

Having opinions about government and who should lead it is completely natural when you consider your upbringing, culture, age, and life experiences. Even though there may be no definitive answer to what’s a good political philosophy? keep asking questions—you never know what you’ll learn from looking at your world from a different perspective.

Taking a look at political philosophy can help you understand why governments behave in certain ways and also educate you on how to make changes. For example, if you feel like your tax dollars are not being used responsibly or effectively, reading about past leaders and their decisions may help you formulate a plan of action for when you get elected. History repeats itself; taking a lesson from past experiences can set up successful implementations of ideas today. If we don’t have information on what happened before, it becomes much harder to steer clear of those mistakes and issues today and into tomorrow.

What is Naturalism?
What Is the Philosophy of Religion?
To Top