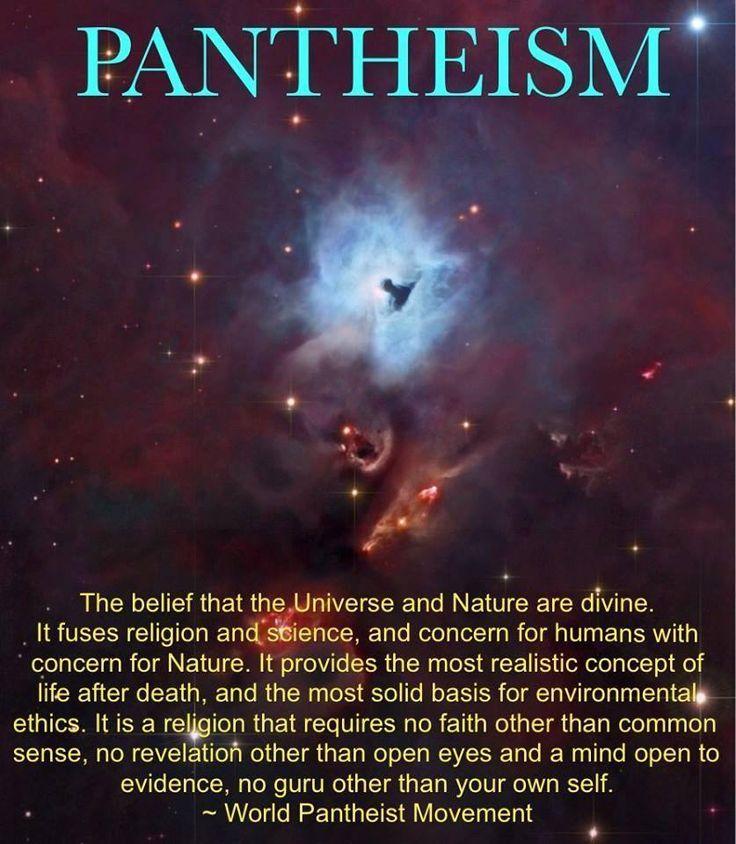 Pantheism isn’t a well-known concept in the West, which can lead to some confusion if you’re not familiar with it. It’s actually quite an important philosophical concept and one that can help you understand how religion operates and how it interacts with other aspects of your life. Before we get into what pantheism means, though, let’s get clear on what it isn’t as well. The term pantheism actually refers to two different but related concepts: panentheism and pandeism.

Pantheism refers to a particular belief about God. According to classical religious doctrine, there are three types of god concepts: monotheism, polytheism, and panentheism. To be clear, monotheists believe in one god (which may or may not be part of a larger metaphysical system). While polytheists believe in multiple gods—often divine families or other groupings. Panentheists believe that God exists as an eternal force throughout nature, but does not fit neatly into either category. Because it has both monotheistic and polytheistic elements, Pantheism generally falls under both headings.

Pantheism finds its roots in India and rises out of Hindu philosophy, as well as being a school of Greek ideology, where refer as panentheism. According to pantheists, God exists in all things (pan) and everything exists within god (en). This worldview is best given by Baruch Spinoza. He stated that God or nature is not just an expression but is God himself or itself. Pantheists hold that their god is synonymous with existence, material or otherwise. Many people today consider themselves deists. Because they believe in a higher power without subscribing to traditional Christian doctrine about God’s form and function.

Pantheism has existed in some form since at least 500 BCE. As a blend of several eastern philosophies—Hinduism, Buddhism, and Taoism—with Western thought. Plato was a major early advocate of pantheistic ideas, describing God as the One. Over time, the movement grew in popularity until it peaked with notable proponents like Spinoza (and his contributions to German Idealist philosophy) and Ralph Waldo Emerson. And then it died out for centuries. While contemporary religions still have elements of pantheistic thinking—consider Eastern philosophy-inspired New Age teachings or alternative spirituality like Paganism. The movement didn’t begin to resurface until about 80 years ago with new books on science and religion by intellectuals such as Aldous Huxley.

How did Pantheism come about?

It began with Xenophanes, a Greek philosopher who lived between 570 – and 480 BC. Xenophanes didn’t believe in polytheism; he thought that God wasn’t actually an anthropomorphic being, but more of an underlying force behind all things. He stated that if horses and lions could paint and make sculptures, they would depict their gods as horses and lions. His opinion on how man interprets God is anthropomorphic, Socrates and Aristotle later support it.

The beliefs of pantheists

Pantheists believe that there is a god in everything. This means that nature, animals, plants, and even inanimate objects possess an intrinsic divinity. In contrast to polytheists, for example, who see many gods as existing independently of one another and often engaged in conflict or competition with one another. Pantheism suggests that there are no independent spiritual beings but instead all things are linked together and inextricably interconnected. Many pagan religions have strong elements of pantheistic belief within them. Such as Druidry or Wicca because they also incorporate Nature worship into their core beliefs and rituals.

Pantheists, although extremely rare, is present throughout history. One of those notable figures is Charles Darwin: There is grandeur in this view of life, In On, The Origin Of Species. He writes, from so simple a beginning endless forms most beautiful and most wonderful have been, and are being evolved. Another famous (and much more contemporary) example of a Pantheist was Albert Einstein who had much to say about it in his writings. First in one of his own books (Religion and Science) as well as with Bertrand Russell after having spoken at Oxford on science and religion. While they may not agree that they both believe all things originate from God and we can’t destroy matter rather can convert it from one form to another.

Do modern-day religions count as pantheists?

Many people think of religion as being a thing, something we can pick up and put down at our leisure. But not all religions can consider so easily, especially when it comes to pantheist religions. Pantheism is a difficult concept for some modern-day religious thinkers to understand. The word refers to a philosophical outlook that posits everything—both nature and man—is God or divine. Panentheists, who place humans and God within nature rather than outside of it, are considered part of pantheist thought.

Why do we care what people believe?

For most of human history, people have believed in and worshiped gods. But since relatively recently (especially after Darwin’s Origin of Species), belief in a higher power has steadily declined. Now, only 9% of people worldwide believe in a god or some form of spiritual being. As polls suggest, though, that doesn’t mean we don’t care about what other people believe. In fact, it may be even more important to us than what we do ourselves — because understanding someone else’s beliefs tells us so much about who they are as a person and how we can relate to them.

Is Christianity theism or pantheism?

Pantheism (or panentheism) means that all things are part of God, and so everything in existence is sacred. This stands in stark contrast to monotheistic religions, which emphasize a singular deity—one who is greater than all other things. Christian theology rests on at least three distinct bases: scriptural, philosophical, and mystical/experiential (although some would argue that these aren’t necessarily different categories). The Christian scriptures assert that God created all things and, therefore, has ultimate authority over them. The philosophical arguments surrounding God’s nature evolved over many centuries but were refined by Thomas Aquinas into a series of proofs for the existence of God.

Is Buddhism a pantheism?

The idea has also taken root in religious traditions such as Buddhism and Hinduism. Pantheistic ideas appear in many schools of Buddhism and Hinduism. In both cases, worshipers are not encouraged to think of God as an external force or being but rather as a principle underlying reality. Such traditions see no qualitative difference between man and nature: They do not regard humans as innately superior to animals or other living things. And their followers tend to have a more reverential attitude toward nature than many other believers do.

Pantheism teaches that there is no difference between God and His creation. This means that everything created has a divine spark within it. In fact, pantheists feel so strongly about their beliefs they often refer to themselves as ‘sparkies’ as they consider themselves sparks of god. Pantheists also believe that God has a personal relationship with every person; He’s not just out there, somewhere in outer space, but everywhere we look—from grasses and trees to our fellow man. All things are part of God which means humans have direct access to God’s divine energy at all times through prayer and meditation.

What Is humanism?
What is monotheism?
To Top