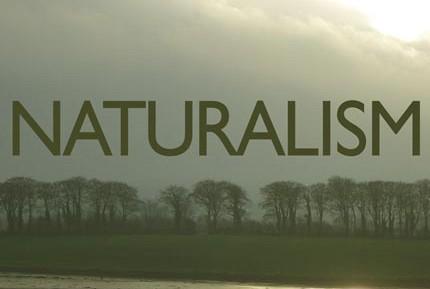 Naturalism is a philosophy that believes that the universe and everything in it, including humans, can be explained through natural causes. This philosophy states that natural causes are sufficient to explain all phenomena. So there’s no need to bring supernatural beings or substances into the equation. The naturalist considers the mind as part of the body and believes we can reduce everything from mental to neurological activity or physical processes in the brain. Naturalism encompasses not only what it means to be human. But also how we perceive the world around us, how we make decisions, and how we act on them.

The philosophy of naturalism is back as far as ancient Greece. Aristotle, in his work Physics, explored how every living thing had a purpose. And that purpose was inherent to its nature. John Locke presents similar ideas. He argued that it was impossible for us to know anything about what he called a natural substance. Since all we could experience were its effects.

In more modern times, thinkers such as David Hume and Arthur Schopenhauer worked with some similar concepts. The term naturalism today refers to more than just natural sciences. Rather, it represents an entire philosophical tradition centered on looking at reality through a scientific lens and limiting explanations for phenomena to those based on scientific understanding.

The belief of naturalistic philosophers:

All naturalistic philosophers are subjectivists. They agree that all knowledge of an objective world is ultimately based on sense perception. They are, however, generally realists; believe that such a world exists and we can know some things about it objectively. Some (like G.E. Moore) have even believed that our senses give us direct awareness of such a world in itself. Though none have gone so far as to say we know everything about it through sense perception alone.

What differentiates naturalistic philosophers from more traditional idealists (such as Kant) is their belief that reality does not depend upon human thought for its existence. What might be called facts about objects and their relations exist independently of whether any sentient being has ever perceived them or not.

These artists were Thomas Eakins, Theodore Robinson, and Thomas Wilmer Dewing. Although these artists lived over a century apart, their works demonstrate how some artists have been inspired by naturalist ideals. Thomas Eakins created realistic paintings that depicted American life as it was actually experienced by Americans. Theodore Robinson used several different mediums. Such as oils and watercolors to create images of people’s surroundings, thus giving them a sense of realism.

Thomas Wilmer Dewing also focused on realism in his work through his wood carvings—especially in his depiction of female nudes. A true naturalist believes that art should depict life and nature as it was in reality. Not through idealized or romanticized ways (more common at that time).

Before moving on to look at what naturalism is. It’s important to take a moment and understand how it came about. While realism had been around for some time. It really wasn’t until after World War I that its transition into naturalism began.

Writers and thinkers of that time had begun to focus more heavily on science. Both in terms of literary experiments as well as ways they saw science affecting everyday life. This was actually a very exciting time because people realized that science could offer answers. Answers we would have never known otherwise. And though many changes were necessary, people knew that everything was going to be okay if we just trusted our scientists.

Famous Works of Art in The U.S.

Perhaps it’s America’s deep connection to nature that has lent itself to an appreciation of art from Mother Nature herself. From sculptures made from tree branches to paintings depicting shimmering bodies of water, nature serves as a prolific source of inspiration for American artists. Here are some famous works of art by 20th-century American artists, for their naturalist approach:

Important Facts About Realism and Naturalism

One of two types of literary movements, naturalism was popular in post-Civil War America. The other movement was realism, which dominated in England and Europe. Whereas most realist works focused on plot and character development. Naturalists were more interested in how society shaped characters and pushed them toward self-destruction.

Many people still read works by these authors, because they believed literature should be a force for social change. However, naturalist writing has fallen out of favor with critics. They say it often glorifies violence or otherwise focuses too much on negative aspects of society.

Early naturalist and literary critic John Ruskin (1819-1900) described a naturalistic writer as One who, to use Coleridge’s expression, takes nature for his goddess. Naturalists have sometimes refer romantic realists. But when romanticism was at its height it was quite opposed to realism in literature. The most frequently quoted sentences from Thoreau’s works are about nature: What does nature teach us? It teaches us patience. Why do so many people spend time sitting in front of screens for entertainment or communication? We can also see great interest in adventure and thrill-seeking through extreme sports: skydiving, base jumping, and mountaineering.

What is metaphysical naturalism?

Some famous metaphysical naturalists include Carl Sagan and Richard Dawkins. The only reality we can know anything about is a reality at its most basic level, atoms, and molecules. Because everything else would have to either be directly experienced or inferred from those most basic building blocks of existence.

What is methodological naturalism?

This restriction distinguishes them from methodological supernaturalists who claim science should be free to investigate all possible explanations, whether of natural or supernatural origin. Although most scientists are not strictly Methodological Naturalists when defined in terms of philosophical position (that is, they do not advocate for a belief in metaphysical naturalism), many assert methodological naturalism as part of their practical approach to doing science.

Naturalism is a term in philosophy and science to refer to certain philosophical views which hold that nature is all there is, or at least the only thing about which we can have any reliable knowledge. The term naturalism was coined by philosopher Ludwig Feuerbach (1804-1872) to describe his version of materialism (sometimes called scientific materialism).

His ideas were developed into a broader philosophical movement by George John Romanes (1848-1894) and Ernst Haeckel (1834-1919), who are now regarded as two of their founders. In common with many other forms of determinism, naturalists believe that everything that happens occurs through purely natural processes; they don’t accept the existence of supernatural phenomena such as spirits or deities.

What is Determinism?
What is Political philosophy?
To Top