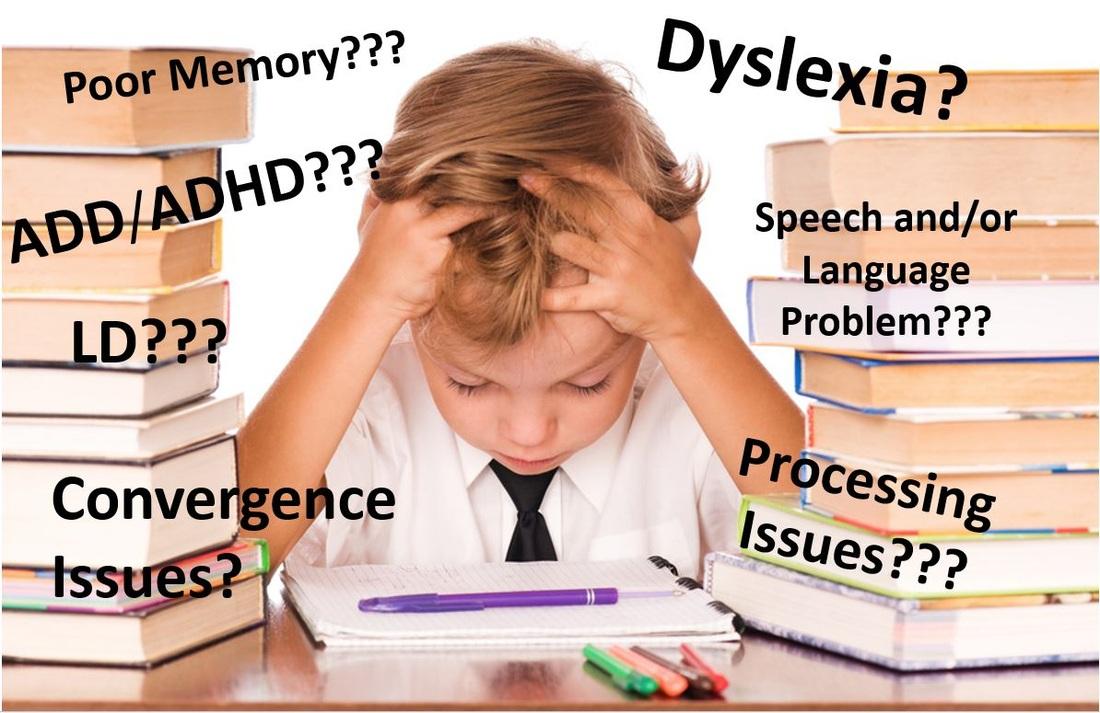 Children are quite active during their childhood to participate in academics. The learning and memorizing power of a child is far better than an adult. This is why those early memorized poems and rhythms still beat in our minds. We forget what we had read one day before but still remember what memorized years back. But all children are not alike.

It may have been observed especially by teachers that some children face difficulty in learning, memorizing, or even pronouncing what they are told. Even if some more attention is given to them, they remain failed to address it accordingly.

It can be a very frustrating or angry moment for the one who is teaching but the other side story is different. It is true that some children are careless and do not pay attention consciously. But some are lacking it in another way. They are suffering from a learning disorder known as dyslexia. For paying special attention to such children, you need to know it first. In this article, we will explain it thoroughly as well as some of the possible treatments that can be adopted for the rectifications.

DSM refers to the specific learning disorders which cause difficulty in learning and developing certain skills for up to six months.

Dyslexia does not stem from any other intellectual disorder. Also, no environmental factor is involved to trigger it. It is usually recognized in children during their school age. We spot it when they are unable to practice their skills as they should be.

Mostly dyslexia affects the oral or written communication of the person. Children feel trouble in identifying the letters or words. They may call “b” as “d” due to confusion. There is a hesitation in reading laud. Due to the discomfort that they have in normal pronunciation, they guess the words. The difficulty in spelling is also very common. For example, children may omit some of the letters in words and then say it wrong.

Some individuals also feel difficulty in understanding what they read. Sometimes they are devoid of the actual meaning of the context or forget the sequence of the events just to maintain the rhythm. Also, they are unable to make inferences.

Dysgraphia is the difficulty in writing. It involves poor spelling or grammatical errors which often accompany poor handwriting. However, the other motor skills of the individuals are not affected. The individual may not be able to distinguish the mix or cursor writing. Also, there is a misuse of the upper and lower case letters. Children struggle a lot to write on paper as well as write slow. So it comes up as writing fatigue. Unlike normal people, they are poor at putting their thoughts on paper. It is because thinking and writing at the same time are difficult for them and they lack cohesion in it.

If you have dyslexia then there are 40% chances to develop dyscalculia. Both have shared processes when it comes to working memory and verbal processes. It refers to the difficulty in numbers. The individual faces trouble in the number sense and is highly intuitive to understand how numbers work. Most of the time, there is a struggle to follow mathematical reasoning and all they rely on is cramming.

It may lead to several other problems such as problems in measuring ingredients, reading graphs, or charts. People with such disorder remain depressed and lack the confidence to get command over a subject. The disorder may also be associated with a behavioral or emotional disorder. It will make it hard for the child to progress in school. So early diagnosis or treatment is necessary for prevention.

It is also called developmental coordination disorder (DCD) that will affect the physical coordination of the child and he will perform less in physical activities as expected. It is a genetic disorder that is more likely to affect boys as compared to girls.

It is also called APD. In this disorder, the patient feels difficulty in differentiating different voices. For example, a student may not be able to recognize the teacher’s voice or background voice.

Students feel difficulty in taking information through their eyes.

Cause of the learning disorders:

A person with a family history of developing a learning disorder is more likely to develop it. Also, poor pre-birth growth can be a cause of developing the disorder later. For example, poor growth in the uterus, premature birth, use of drugs, or very low weight brain can be a factor. Early childhood trauma, abuse, head injury, nervous infection, exposure to high toxins such as lead can also be key factors to developing learning disorders.

Symptoms of the learning disorder:

Although all learning disorders have particular disorders associated with them there are some general considerations for pointing to such children.

Diagnosis or treatment of the learning disorders:

It should be clear that learning disorders are not due to the lack of intelligence. Also, it does not represent that children do not have the desire to learn and grow. So it can be treated with appropriate teaching methods designed especially for such students.

A teacher should be a master of such skills for helping students. For this purpose, bring slight modification for getting the benefit. For example, some of the untimed tests, oral testing, or video reporting might be beneficial. Treating particular disorders, like dyslexia can be treated with the use of specific fonts. A child will be able to imprint those fonts into his mind so it will be helpful for him to memories them.

For the treatment of dysgraphia, use wide-ruled paper or different grips. And for dyscalculia, video games can be helpful. Some of the objects are also used for these purposes that are labeled with the numerical for practice. In short, you can easily rectify it with some extra practice.

Learning disorder causes difficulty in learning or certain another type of skills. These disorders are of various types such as dyslexia, dyscalculia, dysgraphia, etc. All of these are associated with specific symptoms. Mostly a child with such disabilities is unable to perform in his/her academics like others. Such students need some extra attention.

A child suffering from any disability does not mean that he is intellectually low and does not have a desire to learn. Rather than some of the extra practice, you can train the child like any other normal being. However, there are some of the general symptoms of such children that can be used by the teacher as a marker for the identification of the victim child.

What is the sinus?
What does it mean to be living in a Black Hole?
To Top