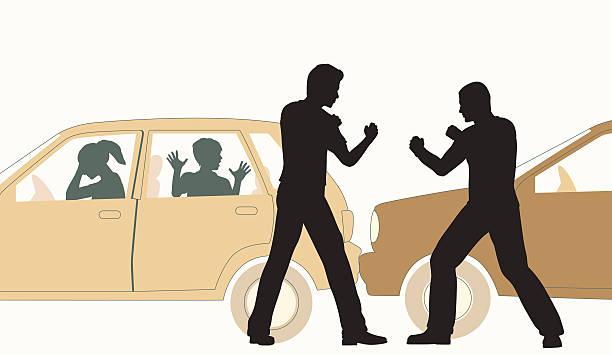 A car edges up, trying to squeeze into your lane. Do you offer an olive branch and slow down? Or are you more likely to rev up the engine, at the risk of running ‘I’m off the road at all costs?

Those costs may be higher than you think. Road rage is linked with an adrenaline rush that, over time, is bad for your heart. Combine that with a long commute and you’ve got trouble: The more time you spend commuting, the more likely you are to develop obesity, high blood pressure, and unhealthy cholesterol levels.

But the biggest danger is immediate: Aggressive driving is a factor in 56 percent of all fatal vehicle crashes, according to the American Automobile Association’s Foundation for Traffic Safety.

And while women rage, it’s more common in men.

Why do men heat up behind the wheel?

“Men are more action oriented and are more likely to take out their aggression in a physical way,” says clinical psychologist Robert Fraum, an anger management expert in New York City. Road rage may also be a way that some men exhibit symptoms of depression as well. Many men are not able to admit that they are depressed or discuss their symptoms. So they act out on the road.

It feels good because it revs up brain chemistry. “When men take out their aggression through competition, it gets their neurotransmitters up which can alter their depressive mood,” says Dr. Fraum. “Anger puts the depression on hold.”

In its extreme form, road rage may be a symptom of a diagnosable mental health condition called Intermittent Explosive Disorder. For veterans returning from combat, road rage-like behaviors may be related to Post Traumatic Stress Disorder.

But for many men, it’s just a bad habit—one that you can change. According to AAA, two factors often trigger aggressive driving:  traffic congestion and running late.

The good news: With a little effort you can turn Road Rage into Road Chill.

When you’re behind the wheel, it’s easy to feel that you’re right, the other guy is wrong. And we’re not always honest with ourselves: 94 percent of drivers believe it is unacceptable to speed over 15 miles per hour over the speed limit, or run red lights. Yet 26 percent of drivers do speed more than 15 miles over the speed limit, and 37 percent run red lights. If you feel anger levels increasing while you’re driving, you may be at risk for developing the negative health effects and becoming another AAA statistic. These are all potential symptoms of road rage:

From road rage to road chill

You can lower the heat the next time you get behind the wheel. It’s a matter of understanding your reactions. If you’re fatigued and/or stressed, be aware that you may be more susceptible to road rage reactions. Try these tips to become a road peace warrior instead:

Road rage is a habit you can change. If you can’t change it, especially if it feels out of control, it may be a sign of depression. That means it’s time to drive, carefully, to your doctor to have a discussion about the stress in your life.

Pushing For An Early Delivery? Think Again
7 Tips to Maximize Your Child’s Annual Physical
To Top