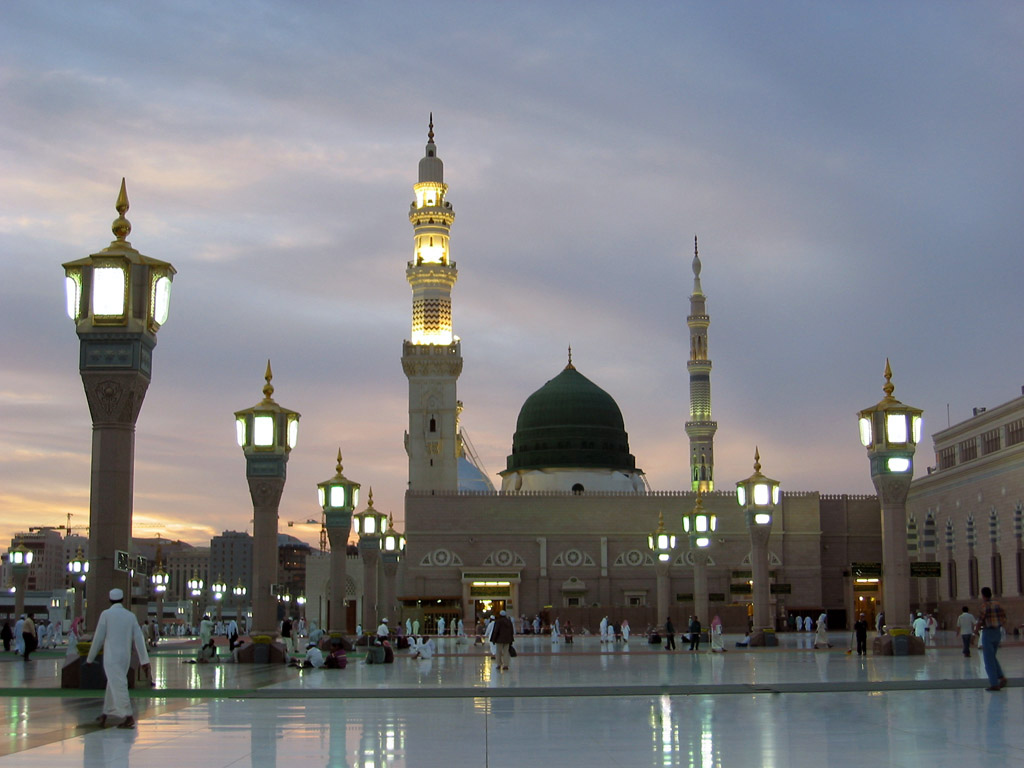 We are starting a new series called The Founders. It was really not hard to decide which topic or founder we should bring first in our plate. So as we know the great founder is no one in the whole universe but Allah. The selection of Prophet Muhammad (PBUH) is cause he left a strong impact on humanity. Which is active and growing even after 1400 years. As the world know Prophet Muhammad (PBUH) as the founder of Islam. But muslims including myself its our belief that islam is the religion of Allah and the founder of Islam is no one else but only Allah. Prophet Muhammad was the messenger of Allah towards mankind to deliver the message to humanity.

Allah have sent about 124000 prophets towards people in different regions and times. Almost all messengers delivered the message of Allah how to treat others. How to live in society, the justice system of society the rights of humans, animals and even importance of substances like water, food and everything.

Prophethood was not something which any one could get through his intelligence or good soul and deeds but ALLAH selected HIS prophets to deliver HIS message to other people. ALLAH sent one lac and twenty four prophets to deliver HIS message. People in past used to kill each other and their social values and norms were not good as well so to teach them about good and bad, right and wrong, truth and false, ALLAH sent prophets. Some prophets were even killed by their people. Hazrat Adam (RA) was the first prophet sent by ALLAH and the last prophet of ALLAH was Hazrat Muhammad (PBUH). All prophets spread message of ALLAH’s oneness, that there is no other God but ALLAH only. Lesson of humanity was also taught and practiced by all of them.

How was the Arab before Prophet Muhammad (PBUH)

The social, political and economical condition of Arab was miserable before Prophet Muhammad (PBUH). The Arabs were quarreling and rude. They used to kill each other. There was no respect for women. Women were just an object of sex. A man could marry as many as women he wanted, there was no fixed number or any law for them.People used to  bury their daughters alive. Arabs were drinkers and compulsive gamblers.

There was not an organised political system. Its really not easy to believe that there was no government in any area of Arab so there was no law or order that was made to follow or organise Arabs. Economically Jews were leading them. Slavery was common at that time. Men and Women were sold like animals, and it was not a shameful thing at that time.

The time when Arab were sunk in darkness then a new Sun was raised from a house of Quraysh tribe, Banu Hashim clan named Muhammad (PBUH). Beginning of Islam is really centred on life of Prophet Muhammad (PBUH). A man who was known for his good deeds even before preaching Islam.

People of Makkah called him with names of Al-Sadiiq(the truthful one) and Al- Amin(the trustworthy ). Prophet Muhammad (PBUH) belonged to a respected and noble family of Abdulmuttalib, Tribe Quraysh, Banu Hashim clan. Quraysh were traders at that time and they had a strong position in their profession.

In 570 AD Hazrat Amna and Abdullahwere those blessed and pious couple, who became parents of Prophet Muhammad (PBUH). Hazrat Abdullah was died before the birth of last Prophet of Allah, Muhammad (PBUH). Unfortunately our Prophet Muhammad (PBUH) lost his mother only in age of six. His grandfather Hazrat Abdulmuttalib took care of him for two years and died. Before his death he gave responsibility of the Prophet (PBUH) to Abu Talib. And Abu Talib, Our Prophet’s Uncle took care of him.

One day on a trade journey Abu Talib and the Prophet (PBUH) met a Christian monk named Bahira, he predicted to Abu Talib that his nephew would be a great prophet one day.

The time when family was in bad financial condition, the Prophet Muhammad (PBUH) served as an shepherd for his uncle and worked really hard.

Years went by but there were many questions that kept rising in the Prophet’s mind then and now. He often went on the top of Mount Hira and thought about the creations of the universe and what will happen to him after death. He was worried about the people of Makkah and their condition. He kept on trying to find the answers to his questions all the time.

One night an angel named Jibra’il  appeared in front of Prophet Muhammad (PBUH) when he was sitting on Mount Hira, he was surprised to see that angel. The angel asked the Prophet (PBUH) to read but how could Prophet (PBUH) read when he had never gone to school. The angel squeezed Prophet (PBUH) firmly and said read in the name of [your] Lord, the prophet repeated all that angel Hazrat Jibra’il said. His heart was trembling and terrified with fear of ALLAH.

When Prophet Muhammad (PBUH) reached home back, he was trembling with fear and shared all that happened on Mount Hira to Hazrat Khadija( RA) she immediately admitted that and stood by the Prophet (PBUH).

Preaching of Islam and The Hijra of Prophet Muhammad (PBUH)

Prophet Muhammad (PBUH) preached teachings of Allah to his family and close friends for the first two years of his prophethood in Makkah. Hazrat Khadija (RA) was the first lady, and Hazrat Abu bakar was the first adult who were converted to Islam.

The Hijra means the flight or to move to some other place, is one of the most important things that happened in Islamic history. Emigration of Prophet Muhammad (PBUH) and his followers from Makkah to Madina is known as the hijra, and it is marked as first year of Islam or the Hijra calendar. When people of Makkah announced by coat of Prophet Muhammad (PBUH) and his followers, they moved to Madina. There they were promised to preach their religion freely.

Ghazwat in life of The Prophet Muhammad (PBUH)

The Farewell Pilgrimage and The Death of Prophet Muhammad (PBUH)

The Prophet Muhammad (PBUH) became the most powerful leader of Makkah, when idols were demolished and Quraysh were entered in Islam.

The best among you is the one who doesn’t harm others with his tongue and hands.

The Fiasco around Aurat March-2020
The Night worth More Than Thousand Months: Laylat Al-Qadr
To Top