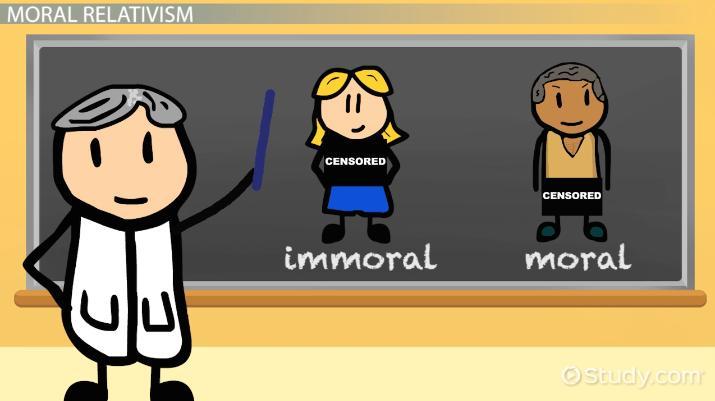 Morality, like everything else in life, can view from multiple different angles, and that’s exactly why this issue needs to discuss more in-depth. It’s impossible to come up with an absolute answer to the question of whether morality is subjective or not, but it’s certainly something worth exploring further before making a conclusion about the matter. Keep reading to learn more about the issue of morality and whether it can is subjective or not.

Morality, according to most dictionaries, is a code of conduct that delineates expectations of right and wrong behavior. There are many different definitions of morality. For example, from Merriam-Webster’s Learner’s Dictionary: Morals are standards of behavior. Some people think that religion gives us our morals, but others disagree. Religion can tell us how we should behave, but it does not tell us what is right and wrong. People often base their morals on things like The Golden Rule, which says that you should treat other people as you would want them to treat you.

What is objective morality?

Subjective morality is a popular belief that what one regards as right and wrong, good and bad, is simply a matter of opinion. Moral relativists hold that one cannot make moral judgments because moral decisions are personal and vary depending on an individual’s background. For example, they may say that it is wrong for Joe to smack a child in order to discipline him but it can be perfectly acceptable for Maria to do so because she was in a family where corporal punishment was in use. They would argue that although Joe may consider smacking children to be wrong, his opinion has no more weight than Maria’s.

What is subjective morality?

Subjective morality sometimes referred to as situation ethics, is an approach to ethics that determines right and wrong on a situational basis. The term subjective refers to how things view by individuals who make moral judgments; it does not imply anything about whether there is any factual basis for determining what is right and wrong.

Subjective morality stands in contrast to other approaches (such as objective morality) that claim there exists some sort of standard against which people can measure their own behavior. In reality, whether people consider something morally acceptable can influence by any number of factors—some more logical than others.

The question of morality

Many people believe that morality is a mere social construct. In other words, they believe that there is no real objective right and wrong; instead, we simply perceive morality subjectively, making it difficult to define with any precision what actually constitutes right and wrong. This viewpoint is most commonly applied in situations involving controversial issues like abortion, gay marriage, and physician-assisted suicide—it’s common for people on both sides of these issues to debate whether their own views are truly more moral than those of their opponents. People will often defend their views by saying they really are more moral; therefore, opposing views cannot be correct in a strictly objective sense.

What are our moral biases?

When it comes to morality, we often have a very strong, visceral response. We feel as though we are responding from an objective place. However, all of our decisions and judgments are colored by a wide variety of biases. Take gender bias, for example: when asked if they would save a man or woman who was drowning in front of them—with identical conditions in both cases—most people choose to save women. This suggests that gender bias colors their moral decision-making, despite their belief that they are acting morally. And these biases likely stem from outside influences; everything from upbringing to media influences can influence how we behave and make decisions.

The Daoist view on Morality

Morality is often thought of as something objective and held up as a standard for all people to follow. Daoism takes a different stance; morality is merely a human construct that can vary depending on time and place. A friend’s definition of right might be different from your own, but does that mean one of you is wrong? Perhaps everyone involved has valid reasoning behind their actions—they are only seeing from their own perspective. Appreciating other perspectives makes it easier to understand why other people do what they do, even if you don’t agree with them. Do unto others as you would have them do unto you—you might be surprised at how well others will treat you in return!

Taking moral action – What does it mean to be good?

To care for others, to respect and cooperate with them, to recognize that they too have moral value, even if they are different from us? This is at once an easy question and a hard one. It’s easy in that we all know what morality means and feel sure that we can recognize it when we see it. But it’s hard because there is no uncontroversial basis for our moral judgments. On the one hand, morality can seem like an eternal feature of our shared human nature. Most people believe in some set of moral principles—even if they are not always followed—and these principles can seem as timeless as logic itself.

We all have a sense of morality; we just don’t always agree on what it is. Morality, in general, can be defined as a code of conduct that we choose to live by. The problem is that we all have different codes and different standards for what makes an action moral versus immoral. For example, you might think that murder is wrong but some people might disagree. Even within your own group of friends and family, there may be differing opinions about whether an action is moral or immoral; for example, you might believe having sex before marriage is wrong but someone else in your group thinks it’s okay.

How can we live morally in an indifferent universe?

According to the French philosopher, Jean-Paul Sartre, our morality is subjective. In other words, there is no God watching us and our actions are unsupervised. Therefore, we are free to make our own choices and subsequently bear responsibility for them. An objective moral code would give rules to live by and you could be punished if you did something against that code. Since there is no such thing as an objective moral code, there can be no objective morality; hence it must be subjective. If a subject sees a black person get hurt but does nothing about it (because they thought nothing was wrong with that), he isn’t doing anything objectively immoral because racial discrimination doesn’t exist in his eyes; therefore he cannot do anything objectively immoral (Sartre 1964).

If you believe morality is subjective then there will always be a way to justify acting immorally. That’s why I believe in a rational morality based on what I like to call universal values. It’s fairly simple, really: do unto others as you would have them do unto you. It’s been around for thousands of years and seems to hold up well under scrutiny. No, it doesn’t give us all a checklist that we can just follow but it does provide some guidance. Some might say we shouldn’t have to have morality prescribed for us like that but that isn’t how humans are wired, which is why we often use things like religion or social groups (like sports teams) as surrogates.

The Critical Theory: What Is It And Why Does It Matter?
Scientology: A Belief System That Baffles Many
To Top