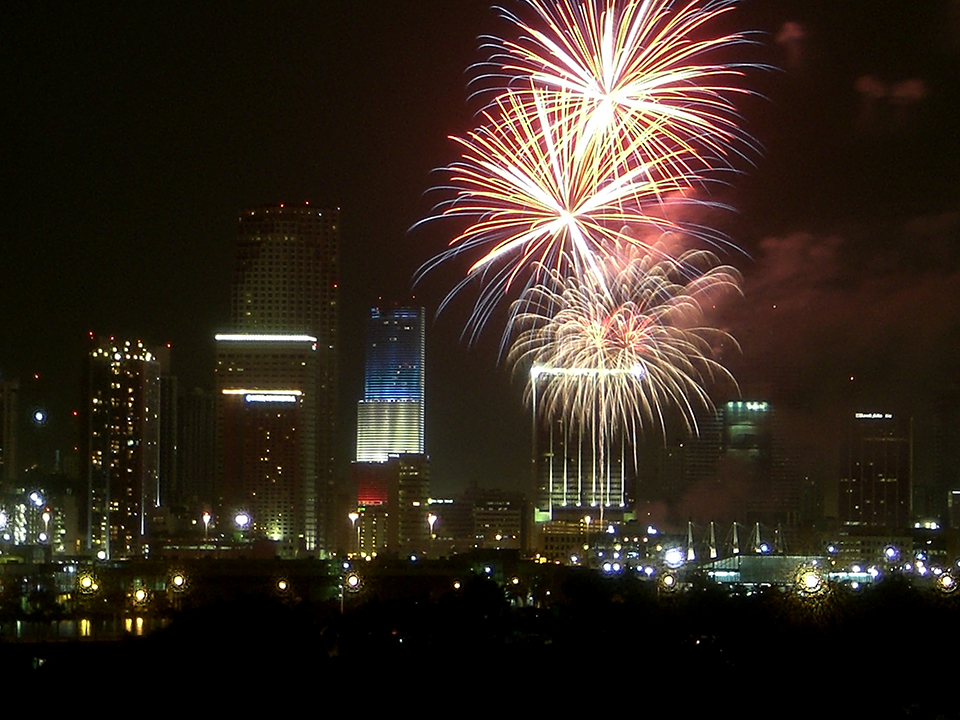 4th July is one of the grand celebration days in America. USA was separated from Great Britain on 4th July, 1776 and it came into being as a separate country. People celebrate this Independence Day with their families by following American traditions and culture.

Different activities that go on throughout the independence day include the competition of eating hotdogs or watermelons and sport activities like three legged races, baseball games, tug of war games, grilled food, beer and swimming activities.

Almost every American citizen displays their flag out of their buildings and homes. Along with that, different communities organize firework with a patriotic music and some of the outstanding fireworks are shown on the television.

Many people have holiday on this day and they spend this day either on the streets, parties or concerts or they stay at their home and remind themselves about their duties and responsibilities towards their country.

On the Independence Day, Americans do spend their time by participating in different outdoor events like Independence Day celebration parade, musical concerts, air shows, barbeque parties and fire work. Independence Day celebration parade starts at the morning. This parade includes special units, military units, musical bands and many other attendants. However, fireworks start from evening and fireworks that are on large scale are telecasted on the television. Not only this, people also go to churches with their families and friends to pray for everlasting freedom and prosperity of their country.

People at home, read the declaration of independence and tell their children about the sacrifices their national heroes have given for their country. This particular document actually reflects the significance of this day.

Many people move in the form of rallies to show their respect and love for their national heroes and their military forces in different streets. Along with that, different political leaders attend public events and talk about the heritage, history and laws of the country. On the Independence Day, different functions are also organized to give tribute to the freedom fighters.

Americans are fond of going out and enjoying their off days. On the Independence Day, they usually go out with their family and friends for celebration and have barbeque with sports. Because of too much heat, people prefer to go out on the beaches with families.

Most of the Americans also watch movies on the Independence Day to remind themselves about the sacrifices and the motives that created a separated democratic country, America.

Americans usually dress up in accordance with the color of their flag. In addition, they wear flag pins on their clothes with paining of their flag on their cheeks. They fully and proudly represent themselves as Americans. They also hold their flags and banners in their hands and move out in form rallies.

American citizens and people out there travel and visit historical places, museums and other significant places of America. They also move out in streets together to show their solidarity and strength.

How do people celebrate Independence Day?
To Top