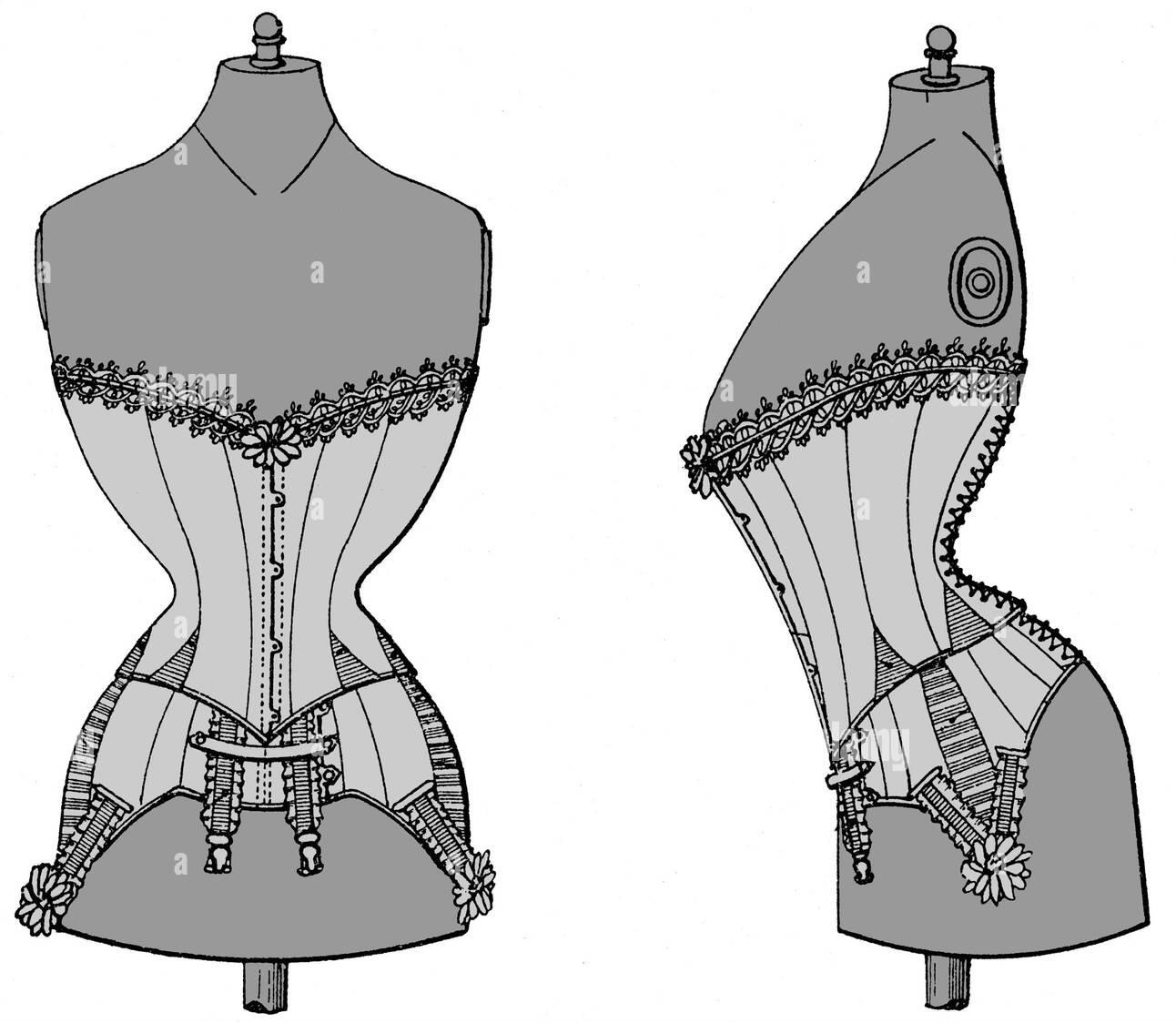 Corsets have been here for a very long time. For those who don’t know what a corset is, it is an undergarment worn to shape and tighten the figure of the female body. The primary purpose of wearing a corset is to train the waist into a specific shape, conventionally tiny waist, and large bottom. It has been used for medical purposes to support the back and breasts.

The first-ever concept of corsets was found in the 1500s in Italy. The first-ever person to come up with the physical prototype of a corset was named Catherine de Medici, a French lady. All over the world, women have relied on them to attain beauty and perfection in shape.

In Medieval times women also wore corsets, although they were mainly reserved for women of the upper classes. In the past, they were referred to as “Stays” and were made to flatter a woman’s figure instead of highlighting her curves. The solid religious environment expressed strong opposition to physical desire. The ecclesiastic personal believed that corsets help diminish male attraction to females by reducing the physical appeal of the female body. Therefore the purpose of these ancient body shapers in medieval times is precisely opposite to that of the other periods.

At the time of the Victorian Period, some several hundred years later, corsets were prevalent in society as the ultimate symbol of feminine beauty. Every woman could be seen wearing those to look enchanting every day. Sometimes, even men wore them in order to promote good posture. In the past few years, we’ve witnessed corsets reappear everywhere, albeit from the depths of Fetish-Esque obscurity. We see in period pieces television works where women wear corsets, portraying the everyday use of this shapewear in those times.

2021 has been a year enriched with all sorts of fashions and styles. Many fashion statements of the past become trends this year. Designers and celebrities took the traditional approaches and modernized them. The major comeback of corsets in 2021 is because of the famous pop star Billie Eilish. Everyone knows this singer from her signature look of baggy clothes and green hair. She put her fans in awe by looking exactly the opposite of her traditional look. The world was on the alert this summer as Billie Eilish ditched her oversize grunge outfit and posed for the front cover of British Vogue in corsets that were pink and rosy and a belted inseam cinch for the waist while accompanying the corset were leather leggings and gloves.

Billie Eilish was not alone in this corset endorsement… there many many other celebrities who showed up occasionally with their perfectly styled corset outfits. On top of this list of stars are Dua Lipa, Hailey Baldwin, Olivia Rodrigo, Adut Akech, Beyoncé, Rihanna, Bella Hadid, and Lizzo. Dua Lipa appeared on the cover of Vanity Fair in a corset-like bodysuit with adorable white lacing. Her outfit was specially designed by Chanel.

The most exciting thing is that all these celebrities gave corsets a whole different style. The way corsets are being used in 2021 has changed the traditional corsets, which were only bound with the long, bulky, and laced dresses. Many influencers are trying on corsets in different styles and experimenting with the corsets. The results of their experimentation are mind-blowing. The corsets are no more an undergarment but a main dress or top of the whole outfit.

One of the significant yet disturbing reasons for the comeback of corsets is quite the same as that of old times. To attain the perfect body shape and mold the shape of your body into the idea of a body that society dictates. Because of the obsession of society and culture with slimness, corsets can be extremely dangerous. Their primary function was to shape the female body to a slimmer shape. Although not all attempts to alter the figure, waist trainers are becoming more popular. In the nearly 100 years since feminists struggled for women’s right to vote and to wear trousers, society has placed enormous demands on women to appear the way they want to look.

Although most contemporary corsets aren’t posing the same dangers for physical health as older models, they are purchased and worn to train the waist. The purpose behind corsets in the first place was waist training to achieve more slim figures by eliminating the oppressive nature of corsets. The rising popularity of shapewear similar to corsets for waist training is a testament to the significance of women’s body shape to fashion. The intensity of the female body perfection ideology has lessened, but it is not entirely eradicated. A significant number of women until 2021 are suffering from body insecurities. However, corsets should not be blamed alone for creating this whole female perfection façade.

This Full Body-Skin-Care Regime Is All You Need.
What Are The Causes And Home Remedies For Dark Circle?
To Top